Posted on November 16th, 2016 in Child Custody and Support 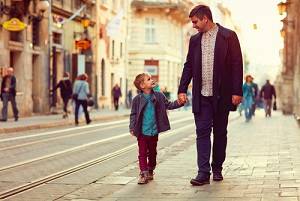 Following a divorce or a breakup between unmarried parents, arrangements must be made regarding care of the children. It is important to get such considerations in written form and approved by the court to be sure that neither parent’s rights are compromised along the way. If you are a parent in such a situation and you cannot reach an agreement with your former partner, the court has the authority to impose whatever arrangements it deems appropriate for your case.

The court decision, of course, must be based on provisions in the law—specifically the terms of the Illinois Marriage and Dissolution of Marriage Act. Child support obligations notwithstanding, there are two primary areas of concern that are included within the realm of the allocation of parental responsibilities, previously known as child custody.

The first area of concern deals with which parent is responsible for making important decisions for the child’s life. In previous versions of the law, this was known as legal custody. Significant decisions generally include those related to the child’s education, health, medical care, religious training (if any), and participation in extracurricular activities. By agreement or order of the court, significant decision-making authority can be given to just one parent, shared equally between the parents, or divided between the parents in accordance with each party’s strengths and the child’s best interests.

If you are involved in a dispute regarding your parental rights, contact an experienced Kane County family law attorney. We are equipped to provide the guidance and representation you deserve in the midst of a difficult situation. Call 630-232-9700 for a confidential consultation today.