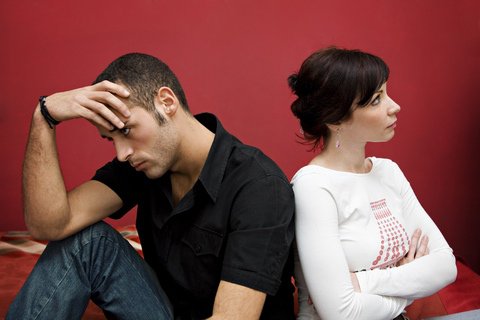 It’s not just infidelity that leads people to divorce anymore. In fact, according to research from the National Fatherhood Initiative and reported upon by MSN News, a lack of commitment and relentless arguing were actually the two most common reasons for divorce. Infidelity, long considered the most common reason for divorce, doesn’t seem like as big of a deal in 2013 as it has in the past century. A booming industry surrounds infidelity, with websites such as AshleyMadison.com actually providing a platform for people who want to have an extramarital affair. Perhaps this change in attitude is why less people view their partner being unfaithful as reason enough to split. But the surprising fact, according to the Huffington Post, is that an incredibly common behavior is most at fault for divorces in the U.S.

“In relationships,” reports the Huffington Post, “passive aggressive behaviors are often used to avoid the direct confrontation of short-term conflict, but in the long-term, these dynamics can even be more destructive to marriage than outright aggression.” Assertive communication can actually help save a marriage heading for divorce rather than spur it toward a split. Recognizing what passive aggressive behavior entails is the first step toward curtailing it and healing an otherwise unhealthy relationship.

There are several personality indicators that a person is suffering from extreme passive aggressiveness and recognizing any of them in your partner could help to mitigate a potential split. Typical passive aggressive behavior, according to the Huffington Post, can include (but is not limited to):

If you or someone you know is considering divorce because your partner is passive aggressive—or for any other reason—don’t go through it alone. Contact a dedicated Illinois family law attorney today.