Who Pays the Student Loans When a Couple Divorces? 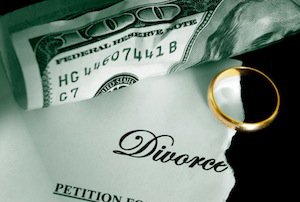 According to the Institute for College Access and Success, people who graduated with bachelor degrees in 2012 left college with an average of $29,400 in student loans. Those graduates who earned more advanced degrees had even greater student loan debt. And for young couples who marry today, that means double the student loan debt when both spouses bring their educational debt into the marriage.

So who is responsible for those student loans should the marriage break up? Many people think that student loans incurred before the marriage fall under the same category as other marital debt – it will be part of the debt division in the final divorce settlement. But that is not the case at all.

However, there are some situations where student loans become part of the marital debt. If a couple took advantage of low interest rates and refinanced all their loans into one loan, they are both now financially liable for the debt.

Student loans racked up during the marriage pose a different situation. These loans can be considered marital debt. Even though there may only be one spouse’s signature on the loans, some of the funds may have gone toward paying the couple’s living expenses.

A divorce judge has different options as to how that debt should be divided. If one spouse earns a much higher income than the other, the judge could hold that spouse responsible for the debt, or order spousal support payments in order for the less financially secure spouse to pay off the debt.

Legal experts recommend discussing with your future spouse just how much student debt the both of you have. They also recommend a prenuptial agreement that clearly spells out who is responsible for any student loan debt incurred before and/or during the marriage.

Marital debt is just one of the many issues that need to be decided when a couple decides to end their marriage. If you are considering a divorce, contact a Geneva family law attorney today to discuss what options you have regarding child custody, support and a property settlement.