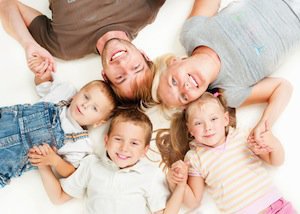 While the divorce rate seems to have stabilized in recent years, and may even, in fact, be falling, nearly one million American marriages are legally dissolved each year. Many individuals, however, are unwilling to give up entirely on the idea of marital happiness. According to a study conducted the Pew Research Center, fully 40 percent of all new marriages include at least one partner who has been previously married. Two in ten are marriages between partners who have both been married before. The study also indicated that nearly 60 percent of all divorced or widowed adults will remarry.

These statistics, it would seem, paint a rather optimistic picture of the American approach to marriage, despite the ever-present possibility of divorce. There are, however, a number of legal issues that may impact a remarriage more significantly than a first marriage. With the help of a qualified family law attorney, you and your spouse should be able to address these concerns and prevent them from becoming bigger problems:

As with many legal situations, there may be exceptions to any general rule, so the information presented above should serve merely as a helpful reminder of things to consider and not definitive advice. For more information about the potential implications of remarriage, contact an experienced family law attorney in Geneva. Our team will review your case and help you fully understand the applicable laws as you prepare for the next stage of your life.