The Potential Impact of an At-Fault Divorce 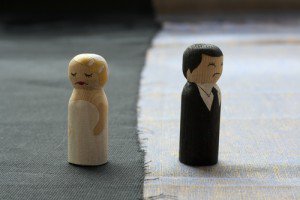 Beginning with the introduction of California’s no-fault divorce law in 1970, divorce on the grounds of irreconcilable differences has become much more common across the country. Laws permitting no-fault divorce are now in effect in all 50 states, effectively allowing couples to end their marriage based on the partners’ incompatibility or the deterioration of the relationship. Illinois law, however, still provides for divorce on at-fault grounds which are based on the actions or behavior of one spouse.

There are several causes for which a court may grant an at-fault divorce in Illinois. According to the Illinois Marriage and Dissolution of Marriage Act, a divorce decree can be issued when it can be shown that a spouse:

Possible Effects of an At-Fault Divorce

The most direct advantage of an at-fault divorce can be found in the time factor. A no-fault divorce requires a separation period of two years, although in certain uncontested cases, it may be shortened to six months. There is no such waiting requirement for at-fault divorce, if the grounds can be proven.

Proving the grounds, however, leads to the most direct disadvantage of an at-fault divorce. Certain grounds may be fairly easy to prove, as a marriage certificate from another state or county may show that a spouse was already married, for example. Others, however, such as adultery or mental cruelty, may be much more difficult to show and such cases often require contentious and acrimonious litigation.

If you are considering filing for divorce on at-fault grounds, an experienced Geneva divorce attorney can help you fully understand the potential implications. Contact the Law Offices of Douglas B. Warlick today for more information. We are committed to helping each and every one of our clients make the best decisions for their future.