Posted on September 28th, 2017 in Child Custody and Support 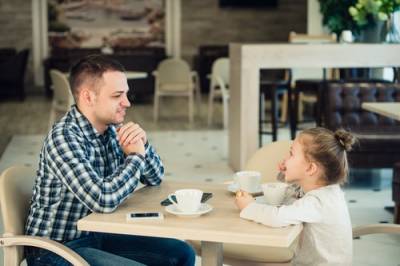 The Real Housewives of Orange County star Kelly Dodd recently announced that she plans to file for divorce from her husband. Kelly Dodd and Michael Dodd have been married eleven years but according to Kelly, the marriage was not always perfect. She explained to US Weekly that the marriage had its ups and downs. The star also said that while she and her husband were good friends that they are just too different to continue being married. The Dodds have an 11-year-old daughter together that they plan to co-parent.

Fame and celebrity status aside, the Dodd family is not unlike many families in the United States. Many couples get married and have children together only to later discover that cannot peacefully coexist with one another. Contradictory personalities, arguments, different priorities and goals in life, and other sources of conflict can drive a wedge between the spouse in a marriage. After trying and failing to solve the marital problems and despite their best intentions, many couples ultimately reach the decision to divorce.

Divorce Is Sometimes the Best Option for Couples With Children

When discussing her future, Kelly Dodd expressed, “It is best if we go our separate ways and concentrate on our daughter.” In many cases, parents are better able to care for their children if they separate. The parents can share responsibility for the children and still be involved in their lives without the added tension and stress of being in an unhappy marriage. Some couples who are unhappy in their marriage wrongly believe that divorce is automatically the worst decision to make when children are involved. They “stay together for the kids” not realizing that doing so often does more damage than good. Studies have long shown that happy parents in separate households tend to offer more benefits to their children than an intact family where hostility and anger are part of the everyday atmosphere.

It is possible to be a divorced parent and still be there for your child. Many blended families settle into a co-parenting rhythm that works for them and their children.

If you are a parent who is considering a divorce, it can be difficult to know where to begin. The experienced Geneva family law attorneys at The Law Offices of Douglas B. Warlick & Associates can help you develop a parenting agreement that protects your rights and ensures that the best interests of your child will remain the top priority. Call 630-232-9700 for a confidential consultation today.