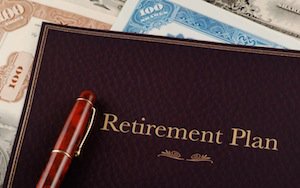 A new trend in divorce, referred to as “grey divorce,” is on the rise as the baby boom generation ages. Grey divorce applies to people who are 50 years of age or older who divorce. Besides the usual challenges that people who divorce deal with, grey divorce presents a whole new set of issues for people to face, especially financial ones.

A recent survey of 1,000 people, who have gone through a divorce after the age of 50, was conducted by Investors Group. Of those that participated in the survey, 80 percent said they will now have to delay their retirement. Sixty-two percent of participants noted that the funds they have left in their savings or investment accounts after the divorce will not be enough to live on after they retire. Other statistics revealed in the survey included:

Divorcing at a younger age still leaves people the opportunity to rebuild assets and plan for retirement. Those options significantly shrink the closer you get to retirement age. Hence, it is critical to make sure that you have a divorce attorney who is skilled at negotiating divorce settlements. If you are facing a grey divorce, contact an experienced Geneva family law attorney today to make sure your best interests are protected.