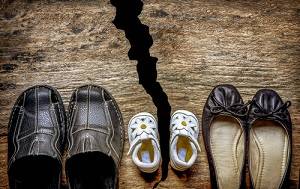 Thanks to legislation that was passed in Illinois last spring and signed by the governor last July, 2016 has been a year of change and adaptation in the realm of family law. While the new statutes address a wide variety of topics, perhaps the most important changes affect the way in which courts will now approach the idea of child custody. Beginning this year, in fact, the phrase child custody has been all but removed from the law, replaced by the allocation of parental responsibilities.

In the minds of many parents, child custody was once a very black-and-white issue. A parent was either granted sole custody or would share joint custody of a child following a divorce, separation, or other situation in which the parents stopped sharing a household. These two types of arrangements referred to the authority of each parent regarding major concerns in the child’s life, not just how much time the child spent with mom or dad. A parent with sole custody was responsible for all important decision-making, while parents with joint custody were responsible for developing a plan to make such decisions together.

While sole and joint custody orders are no longer being issued in Illinois, the new laws permit the court—in the absence of reasonable agreement between the parents—to assign significant decision-making responsibilities to each parent as appropriate. The law also specifies that significant decisions include those related to the child’s:

The court may choose to divide the authority for significant decisions between the parents, allocate all such responsibilities to one parent, or, in some cases, require the parents to work together in making important decisions. The new law recognizes that every family situation is different and allows parents and the court to customize an arrangement that serves the child’s best interests.

If you are going through a divorce and have questions about protecting your parental rights, contact an experienced family law attorney in Geneva. We are also equipped to help you update your existing sole or joint custody order to reflect the current laws. Call 630-232-9700 to schedule a confidential consultation today at The Law Offices of Douglas B. Warlick & Associates.