Social Media and Divorce: What You Need to Know 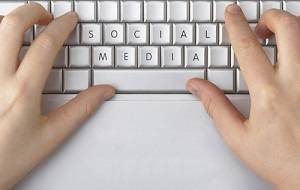 In this technologically advanced age, social media is part of most people’s lives. Information both personal and private is shared over the internet, and with that freedom comes the potential dangers. While social media can play a role in people choosing to divorce—the most recent relevant data shows that 81 percent of attorneys surveyed by the American Academy of Matrimonial Lawyers (AAML) reported an increase in divorce cases using evidence obtained from social networks—it can also play a role in the outcome of a divorce already pending. Both can have a direct affect on you.

By far, information found on social media is most commonly used as evidence in child custody cases—now called the allocation of parental responsibilities in Illinois. Nowadays, Facebook, Twitter and Instagram posts are much more commonly being introduced to support allegations of unethical or inappropriate behavior going on right under the judge’s nose, and while such posts might seem harmless, they can absolutely be used against you.

Mere anger or flippancy toward the judge, your spouse, or the process can be problematic, though generally is not the final nail in the proverbial coffin. However, social media posts can be evidence of more serious issues, such as contempt of court, outright lying or perjury, or even possible unfitness as a parent. The Illinois Marriage and Dissolution of Marriage Act (IMDMA) states explicitly with regard to parental responsibilities that the judge will always make determinations based on the “best interests of the child.” For example, if a child’s mother’s Facebook page has inappropriate, crude, or immature conduct shown and it is unlocked (meaning that the child could see it), it would not immediately bar her from having custody, but it would conceivably make the judge think twice about allowing a young child to live in a home with such a mother.

The other way that social media posts have begun to play a major role in divorce proceedings is in the area of asset distribution. It is not at all uncommon for spouses to hide assets, or otherwise attempt to mislead their spouse about how much spousal support they can pay. Social media, however, can paint a different picture.

For example, if a husband or wife states in court that his or her income is $20,000.00 per year, but later posts a picture on Facebook of the enormous diamond ring he or she just bought a new partner, it is not a significant leap of logic to surmise that he or she has been untruthful in court. Evidence may also come from a friend’s social media, rather than the spouse’s. If a friend, for example, posts pictures of a luxurious trip overseas that show the spouse, it is at least worth asking questions about how the spouse could afford to be there. This manner of evidence is often admissible in family court, and if it can be used, you should consider doing so.

It may feel petty to do this kind of reconnaissance, but keep two things in mind. First, lying on court documents is perjury in Illinois, which is a crime. Even if your ex-spouse is never charged with perjury, it does not change the fact that it may have happened. Second, by lying to the court, they have abrogated any claim of good faith. You are rightfully due your fair share of marital property, and there is nothing wrong with doing your best to obtain it.

Put an Experienced Attorney on Your Side

When negotiating a complex divorce, it can make all the difference to have good legal representation. Contact an experienced divorce attorney in Geneva to get the help you need. Call 630-232-9700 for a confidential consultation at The Law Offices of Douglas B. Warlick & Associates today.