Posted on April 11th, 2016 in Child Custody and Support 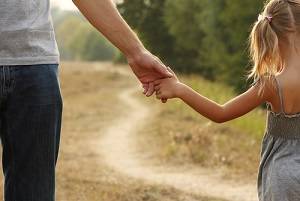 Run a quick search on any parenting or legal advice forum and you will see a fairly common concern. Many single parents—mothers, most often—have built a life for themselves and their children based on sole custody situations. The arrangement may have been the result of a court order or as a default scenario due to the other parent’s disappearance from the child’s life. However it may have happened, the child’s reality is a life with just one parent who saves, sacrifices, and manages to make it work.

So what happens when the absent parent suddenly decides he wants to participate in the child’s upbringing? If he pushes the issue, will the court upset the stability the custodial parent provides? Under the law, the court does have such authority, but, in doing so, must always consider the child’s best interests.

Last year’s changes to the Illinois Marriage and Dissolution of Marriage Act have altered the state’s approach to child custody. Courts will no longer issue orders of sole or joint custody of the child. Instead, parental responsibilities are to be allocated between the parents as appropriate. These responsibilities include the authority to make significant decisions for the child, such as those related to education, medical care, religious training, and extracurricular activities.

While parental cooperation is expected, the law cannot force a parent to remain present in his or her child’s life. Thus, ever under the new law, one parent may still be granted virtually all of the significant decision-making responsibilities—a scenario very similar to a sole custody order.

The Other Parent’s Rights

No matter how hard you have worked to provide for your child, the other parent always has the right to seek increased responsibilities and parenting time. Such rights, of course, are only guaranteed if the parent has legally established paternity or parentage, and that he or she has not been found unfit. The right to seek access to the child, however, does not guarantee that the court is going change your existing arrangement.

Illinois law presumes that a child will, in general, benefit from the active participation of both parents. It also recognizes that instability and uncertainty can have the exact opposite effect. With that in mind, a court is highly unlikely to make major changes to your child’s life, even to accommodate a parent showing a renewed interest in assuming responsibility. Much smaller, incremental changes are far more likely.

For example, if you have been raising your child on your own for the better part of 10 years, and, all of a sudden, the other parent shows up and asks to share parenting time equally, such a change would probably shock the stability that your child currently enjoys. A court would be more inclined to grant occasional—perhaps supervised—visit with the child first. The other parent could then begin proving his or her commitment over time, which could eventually lead to increased parenting responsibilities.

If you are in the middle of a dispute regarding parental responsibilities or child custody, contact an experienced Geneva family law attorney. Call 630-232-9700 to schedule a confidential consultation today.