How Do Step-Relatives Affect Life Quality? 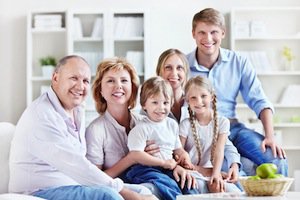 According to the National Stepfamily Resource Center, between 50 to 60 percent of first marriages end in divorce. Approximately 75 percent of those who divorce will remarry, and 65 percent of those couples will have children from prior marriages. In fact, a survey conducted by Pew Research Center about stepfamilies and blended families found that almost half of all adults in this country have at least one step relative.

In the study, the center surveyed 2,691 adults. Forty-two percent of those participating reported having a step-sibling, stepparent or stepchild. The research team asked participants a series of questions and compared the answers of those who had blended families to those who did not.

One of the first questions asked was whether or not the participants’ life had turned out differently than they had expected. For those who came from blended families, 54 percent said it had, while only 41 percent of those without step relatives said it had. However, the level of satisfaction of their life was about the same—70 percent for those with blended families, 78 percent for those without.

For participants who had both adult biological and stepchildren, when it came to helping them out, there was a stronger obligation felt to the biological child than to the stepchild. This could explain part of the reason why blended family relationships can be strained at times. This can be especially true when it comes to finances.

According to one study, only 20 percent of couples actually discuss finances before getting married. Issues such as child support obligations, health insurance, spousal support, and other financial obligations should all be discussed before a couple gets married, otherwise those financial issues can cause enough of a strain that the marriage does not survive.

Statistics show that 67 percent of second and 73 percent of third marriages fail. If you are having marital difficulties and are thinking about divorce to improve your life quality, contact an experienced Kane County family law attorney to discuss your options.