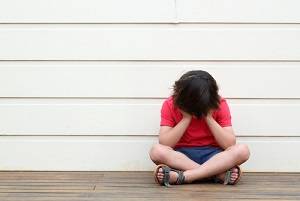 Most parents would do absolutely anything to keep their children safe and happy. Thus, when there is a suspicion of abuse, parents and authorities typically act quickly to address the concerns. This can get especially tricky in divorce cases, however. Sometimes abuse allegations have merit, and sometimes they are used as weapons by an estranged or bitter ex-spouse. It is important to know how to handle both situations.

The Law on Abuse and Neglect

The statutory definition of child abuse in Illinois is somewhat complex, but that is not necessarily a bad thing. Essentially, an abused child is one who has been the victim of any act that either causes or intends to cause severe physical, emotional, sexual or mental harm. If a mother grabs her son’s arm to pull him out of traffic and gives him bruises, such conduct is likely not abusive, but if she dislocates his shoulder while trying to get his attention in a supermarket, it may be considered abuse.

Keep in mind that Illinois courts will also consider possible evidence of abuse toward third parties because that can create an inference that the children will be abused in future. In In re Marriage of Wiley, 199 Ill. App. 3d 169 (1990), custody of a divorcing couple’s two children was awarded to the wife because the husband was shown to have abused his wife. While there was no evidence that he ever harmed the children in any way, the court took his abuse of his wife as evidence that he could conceivably harm the children.

When Allegations Are Made

When an allegation of child abuse is leveled at one spouse or the other, the court must consult this definition and handle the allegations with extreme care. While the myth abounds that false allegations are rampant, in fact, they are “no more common” during divorce proceedings than at any other time. In most cases—approximately two-thirds of the time—abuse allegations are found to have merit. It is plausible, even probable that if allegations are made by one party, they have at least some truth to them.

While a court almost always tries to preserve a relationship between a child and both of their parents, it will not necessarily do so in the case of proven abuse. Any parent who commits an act that can be taken as abuse or neglect could be declared unfit, and in Illinois, being declared unfit is an automatic bar to parental rights and responsibilities.

There must be actual evidence before a court should definitively act, however. Courts have restricted or altered visitation without concrete evidence in the past. A parent, for example, who shows great rage or hostility in the presence of the child may have their parenting time supervised to ensure that anger management and abuse problems do not surface, but to actually deny parental rights requires hard facts. It is important to note that exercising your Fifth Amendment rights (such as refusing to testify about alleged abusive acts) in family court may be considered an adverse admission, as the self-incrimination clauses of the Fifth Amendment apply to criminal proceedings.

A Skilled Attorney Can Make a Difference

If you are going through a divorce and suspect that your children are being abused, or if you have had false allegations leveled at you, contact an experienced Kane County family law attorney. Call The Law Offices of Douglas B. Warlick & Associates today to schedule a confidential consultation with a member of our team.