What is Spousal Support and Why Does it Exist?

Sometimes in marriage, one spouse remains at home with the kids while the other goes off to work every day. For one reason or another, one spouse has been out of the work force for so long that it would be extremely difficult, if not impossible to find a new job to live on. When this happens, that spouse can face many financial troubles if the couple gets divorced. Luckily, there is a solution to this problem: spousal support.

Spousal support, also known as spousal maintenance or alimony, refers to “payments or transfers of money or assets from one spouse to another after a divorce.” Spousal support is not always necessary, but it is needed when one spouse may face a decrease in his or her standard of living after divorce.

Not just anybody is eligible for spousal support. The courts must consider a variety of different factors when determining if a couple is eligible for maintenance, including, but not limited to, the following:

What are the Different Types of Spousal Support?

Spousal support, also referred to as alimony or spousal maintenance, refers to a person’s right to financial support from his or her spouse after a divorce. This support can exist in the form of money or assets. If you and your spouse are going through a divorce and considering spousal support, it’s important to be familiar with the different types of maintenance so you can determine what will best fit your situation. 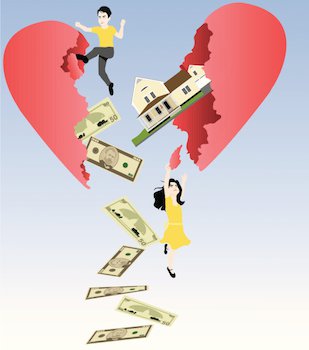 In some cases, the court may award permanent maintenance. This is sometimes awarded when the marriage was fairly lengthy or one spouse is unable to support themselves. Essentially, under this type of agreement, maintenance is received until one of the parties dies. However, the arrangement can still be altered and reviewed by the court for example, in the event that the recipient spouse gets remarried.

Another common type of maintenance is referred to as rehabilitative maintenance. Under these agreements, support is given to a spouse who needs time in order to establish financial independence. Rehabilitative maintenance typically includes a specified time frame and terminates when the recipient spouse is back on their feet. These agreements can also last for indefinite amounts of time and have periodic reviews. If it is determined that the recipient spouse is making the effort to establish financial independence maintenance can be terminated immediately. These agreements are common amongst marriages in which one spouse stayed home raising children and requires time to find a job or get training in order to return to the workforce.

Posted on September 4th, 2013 in Divorce

As is often the case in divorce disputes, the judge must determine whether a spouse is obligated to pay or receive spousal support. To make this determination, an Illinois divorce judge will look at the circumstances surrounding the marriage, like the parties’ professional achievements, any children they had, the length of the marriage, the income gap (if any) between the parties, the needs of each party, the standard of living during the marriage, age, sex, etc. Illinois gives judges wide latitude when it comes to determining spousal support.

For example, an advanced educational degree that one spouse earns during the marriage, enabling that party to command a higher salary, is considered to be, in part, due to the marital efforts, which entitles the other spouse to some form of compensation. Illinois has three type of spousal support.

When going through a divorce, people have to make important financial decisions while experiencing a lot of emotional stress at the same time.  This can lead to a lot of mistakes that often times come back to haunt them later on in life.  According to EIN News, one of the largest contributors to financial problems after divorce is simply a lack of information.  More often than not, only one spouse in a marriage is responsible for financial matters.  Because of this, the other spouse is often not very practiced in making financial decisions, and could potentially be taken advantage of when making negotiations.  This can easily be avoided by making sure both parties are aware of the couple’s financial status and sharing responsibilities when it comes to real estate, retirement accounts and pensions, stocks, or vehicles, among others.

Another serious mistake that is often made during a divorce is not budgeting.  In a typical marriage, both the husband and the wife are accustomed to living off of the salaries of two people.  When they make the split, they must change their lifestyles to accommodate the new restrictions and lower income. This involves a lot of budgeting and cutting back, which sometimes people forget to consider and carry out.

A third common mistake is the fact that many people, while going through divorce, do not plan for the long-term future, but rather want to be done with the entire ordeal as quickly as possible.  Because of this, people make hasty, poorly informed decisions.  This can sometimes cause future problems with property division and retirement needs.

While some women are able to resort to public insurance programs for coverage in these situations, about 65,000 women are left completely without any source of health insurance. Typically, it is middle-income women who cannot maintain their former sources of private health insurance, either because they no longer qualify for coverage under their former husbands’ policies, or they can no longer afford the premiums that they previously had been paying after the divorce. For those women who formerly were covered by their husbands’ policies, up to a quarter of these women were still without any insurance coverage six months following their divorces. These women, who often have moderate incomes, don’t make enough to pay for hefty insurance premiums, but make too much to qualify for low-income public health insurance programs.

These figures can be particularly frightening if you have an ongoing medical condition or if you take prescription medication on a regular basis. If you are facing a divorce and are concerned about your ability to maintain health insurance following your divorce, there are a variety of options that may be available to you. With the help of an experienced Geneva, Illinois divorce attorney, you can explore these options and work toward the alternative that best suits you and your healthcare needs.