A New Era of Divorce in Illinois 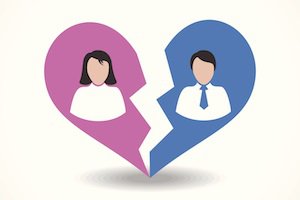 When a married couple is no longer able to continue building a future together, divorce is sometimes the best option. The reality is that many couples do not really belong together and trying to force a relationship between the spouses is neither productive nor particularly healthy.

Several decades ago, a couple needed specified grounds, or reason, to pursue a divorce. Typically, grounds included destructive or injurious behavior on the part of one spouse, including bigamy, adultery, habitual substance abuse, and mental or physical cruelty. A divorce could also be granted on the grounds that a spouse was convicted of a felony or “other infamous crime.”

In 1984, however, the Illinois legislature finally acknowledged that, in many cases, the cumulative effect of smaller issues can drive a couple apart, with neither spouse at fault, just as much as more serious negative behaviors. No-fault divorce, or divorce citing the grounds of irreconcilable differences, was added to the law, allowing unhealthy marriages to end more easily and with less evidence.

The End of At-Fault Divorce in Illinois 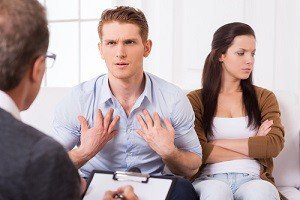 If, for some reason, you are committed to pursuing a divorce on one of the fault grounds set forth by Illinois law, you only have a couple months left to file your petition. Beginning in January, at-fault divorce will no longer be an option in the state, thanks to a legislative measure signed by Governor Bruce Rauner last month. The bill was originally introduced earlier this year as Senate Bill 57, and its enactment implements a number of sweeping changes to the state’s divorce and family-related laws.

The new law effectively removes a fairly significant portion of the Illinois Marriage and Dissolution of Marriage Act referring to the possible fault grounds for divorce. In doing so, it removes the necessity for a petitioner to prove adultery, physical or mental cruelty, “habitual drunkenness” or any of the other currently-specified fault grounds. Instead, a petitioner must only show that “irreconcilable differences have caused the irretrievable breakdown of the marriage.” Obviously, the behavior currently considered separate grounds for divorce can certainly create irreconcilable differences between spouses, so, in effect, the new law simply categorizes all divorce grounds under a single umbrella.