The Name on the Title Makes Little Difference 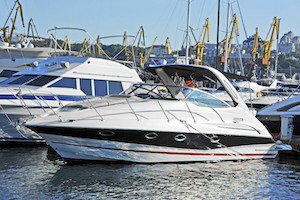 Consider the following scenario: You and your wife have been for ten years. On your tenth anniversary, you tell your wife that you are thinking about buying a boat. She has no particular interest in boats or being on the water, but she tells you that you make enough money to afford it, so it is no problem. For the next year or two, you save some of each paycheck so that you can pay cash for your new watercraft. The boat is titled in your name and you pay all of the associated expenses. Over the next several years, your wife joins you on the boat only a handful of times, while you use it every other weekend or so. As you approach your 15th anniversary, however, your marriage breaks down and you and your wife agree to divorce. Regardless of anything else, it should seem that the boat is yours, free and clear, right? You paid for it, you used it, and it was all done with your wife’s permission. Well, according to Illinois property division laws, it is not quite that simple.

While you may, in fact, be permitted to keep your boat after your divorce, its value will probably need to be offset by assets or property allocated to your wife. This is due to the boat’s disposition as marital property, despite your name being the only one on the title. In this example, you bought the boat after you were married using your normally-generated income. Under law, property acquired after the marriage, with very few exceptions, and especially property purchased with marital assets—like your income—is part of the marital estate. As such, it is subject to equitable distribution based on the statutorily prescribed considerations.

The Role of Mental Health Professionals in Divorce 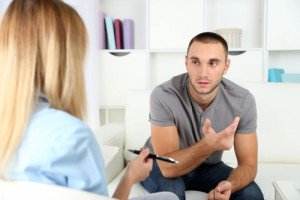 Nobody will claim that divorce is easy. Even the most amicable of situations still bring certain challenges and stresses for the divorcing couple. Interestingly, while recommending the help of a legal professional during divorce is a very common and welcome suggestion for many couples, suggesting that a couple seek help from a mental health professional often seems too personal or invasive. Mental health professionals, however, have a great deal of insight to offer a divorcing couple, especially if the divorce is being handled through mediation or collaborative law.

The help of a mental health professional can be employed in several ways, any of which may positively contribute to the divorce process. The first of these would seem to be the most traditional way, and that is, as an individual counselor or therapist. Either or both spouses and the children may independently seek the help of a therapist to better understand his or her own approach to the divorce. Counselors can aid an individual in coming to terms with his or her motivations, underlying emotional issues, and even identify potential problems before they arise. Likewise, the couple may seek counseling or therapy together, but, if the divorce is already in process, the benefits of such therapy may be limited.

A couple, however, may wish to enlist the help of a mental health professional in negotiating the divorce agreement and other considerations. In fact, collaborative law divorces frequently include professionals from many areas of expertise, such as psychologists or family counselors. Employing such a person can help the spouses identify potential areas of struggle, address them, and come to a reasonable agreement on how to deal with them in the future.

Denial of Paternity: A Difficult Situation 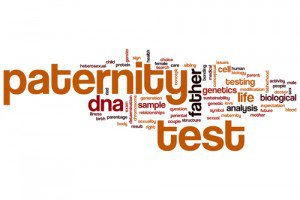 When a married couple announces the birth of a new baby, it is generally the cause for great celebration. Friends and family excitedly share the news and join with the mother and father in welcoming the new addition to the family. What if the father, however, is not really the father? The law, as one might expect, does not really address how a family is supposed to deal with such a situation, but it does offer some legal guidelines for the parents on how to proceed.

Illinois law regarding paternity assumes that a child born or conceived during a marriage is the child of the married couple, establishing legal parental rights for both the mother and the father. In a vast majority of cases, such an assumption is correct and simplifies the legal process. However, situations may arise in which the husband of the marriage is not, in fact, the biological father of the child, such as infidelity or a new relationship by the mother during an extended divorce process.

Talking With Your Children about Divorce 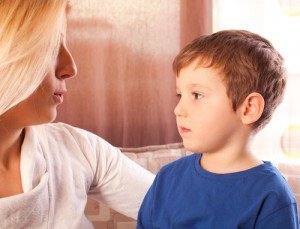 The decision to divorce is difficult under the best of circumstances. A couple with children, however, may be faced with an even more challenging situation. In addition to making the necessary arrangements for issues such as custody, visitation, and child support, parents also have an obligation to help their children through the process, while reducing unnecessary stress and confusion. This generally means that parents must be able to talk to their children about the life changes being effected by divorce to help them understand, as best they can based on their maturity level, what a post-divorce life will be like and how their lives may change.

When discussing divorce with your children, it important to realize that communication is an ongoing process, not just a one-time conversation. This is especially true in younger children who, as they grow and mature, will likely have more questions and seek to understand the situation on a deeper level. The discussion must begin, however, with your understanding of what your child is capable of comprehending. For example, a pre-school aged child would not grasp the concept of you feeling emotionally isolated from your spouse. Instead, simply explaining that Mom and Dad will both be happier may be a better start. 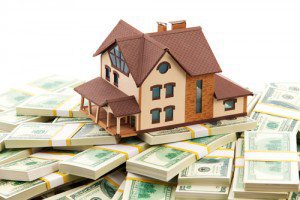 Division of property is often a major concern for divorcing couples. As an equitable distribution state, however, Illinois law requires that each spouse receive an appropriate, but not necessarily equal, share of the marital property based on the circumstances of the marriage and divorce. There are a number of methods which may be used to divide property and the right one for a given situation generally depends on the specific assets to be distributed and their appraised value. In some cases, a structured settlement may be appropriate.

Establishing the value of particular assets may be fairly easy or rather complicated depending on their nature. Goods and property, such as a piece of artwork or real estate, and accounts, such as savings or certificates of deposit, can be valuated with a degree of certainty, as such assets could be converted to cash relatively easily. Others, such as the family home, a business owned by a spouse, and long-term investment or retirement accounts may require an actuary or other financial expert to calculate their actual and anticipated value. Many of these type assets are considered nonliquid or illiquid, as they are not easily converted to cash for equitable distribution.