Posted on November 16th, 2015 in Prenuptial and Postnuptial Agreements 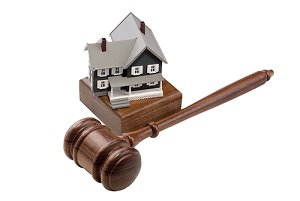 As the average age of those entering marriage for the first time continues to rise, along with the record rate of remarriage around the country, more and more couples are faced with increasingly complicated property ownership situation. In previous generations, an average couple would pursue marriage shortly after high school or college, rent a home for a short time, then move onto home ownership as they build their marital estate together. Of course, that was not the case for every couple, but for many, such a progression was somewhat expected.

Today, however, individuals are approaching marriage altogether differently. Many have already had years to build wealth, start and sell businesses, and accumulate assets. In fact, it is not uncommon for both halves of a married couple to each own their own homes prior to getting married. However, such a scenario presents a number of options—and a number of challenges—for couple pursuing marriage and may a prenuptial agreement may be necessary to prevent future problems.

When you got married, did you and your new spouse move into a home that one of your already owned or did you find a new house? Have you purchased a new home since your marriage?  The answers to those two questions could directly impact the division of property process should you and your spouse ever divorce.

According to the law in Illinois, all assets that were owned by either spouse prior to the marriage are considered individual property, not subject to division upon divorce. Determining ownership is fairly easy for smaller items. For example, you paid cash for a washing machine; you own it. Larger purchases and investments are a bit more complicated. You made a $25,000 down payment on a house, for example, but you are only 15 years into a 30-year mortgage; technically, the mortgage lender still owns about half of the house.