Posted on November 11th, 2015 in Child Custody and Support 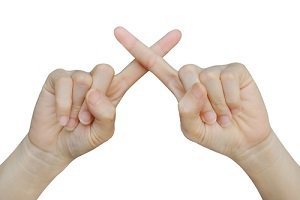 Being a parent is not easy. It can be infinitely more difficult to be a parent when you are divorced, separated, or were never married to the child’s other parent and he or she has been granted primary residential custody. Under ideal circumstances, you should be entitled to reasonable rights of visitation with the child, but the real world is rarely ideal. For example, you may be dealing with personal problems of your own, and as a result, the court may have restricted your rights of visitation. While such a situation may be incredibly challenging, it does not need to last forever, and there are some things you can do to work toward the reinstatement of your full visitation rights.

Even as you work on your own issues, it is vital that you comply with your visitation restrictions, no matter how emotionally difficult it may be. If you are permitted just an hour per week with your child, make the most of it. Make every effort to demonstrate your commitment to being a better person and a better parent. Any attempts to circumvent the court’s decision will not be seen favorably, and could result in full termination of your parental rights.

Is Your Visitation Agreement Ready for the Holidays?

Posted on November 2nd, 2015 in Child Custody and Support

With Halloween now a fading memory, Thanksgiving, Christmas, Hanukkah, and New Years are just around the corner. Virtually everyone looks forward to spending at least part of holidays with family members and loved ones. For divorced, separated, or never-married parents, however, it can be challenging to come up with a plan that ensures the children get the holiday experience they deserve while recognizing the rights and reasonable desires of each parent.

Depending on the type of legal guidance you had while developing your existing custody or visitation agreement, you may already have a plan in place for the holiday season. Some orders specifically list each holiday that is important to either or both parents and designates a method for sharing parenting time, based on each particular family’s situation. For example, in your family it may be best to each spend half the day with your child on holidays you have determined to be major holidays, such as Christmas, while holidays that are less important to your family may be alternated.

What If My Child Does Not Want to Visit the Other Parent?

Posted on October 7th, 2015 in Child Custody and Support 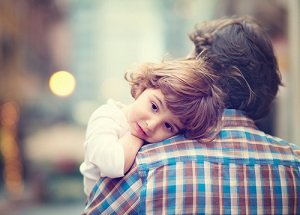 When a couple splits up, often the children have the most difficulty adjusting to the new situation. It is fairly common for a child to not want to have visiting time with the other parent. But, part of the job of parents is to help foster positive relationships between the other parent and the child. It can be difficult, however, to know what to do when the child refuses to spend time with his or her other parent.

Visitation is not really optional. Under the terms of the court order in your case, the other parent is to have a certain amount of parenting time and compliant with a certain schedule. If your child does not want to go, it does not relieve you of your responsibility to follow a court order.

Are You Concerned for Your Child’s Safety?

Posted on October 5th, 2015 in Child Custody and Support

Following a divorce or break-up, parents go their separate ways, often creating vastly different lifestyles from one another. In most cases, however, each parent still has the right to at least reasonable visitation with the child, if not significant parenting time through a shared custody arrangement. For some parents, however, the difference in lifestyles can be particularly troubling, especially if there are concerns that the child is being negatively affected. If you have been questioning the appropriateness of the other parent’s behavior, it is important to know what you can and cannot do about it, and a family lawyer can help.

Your Opinion May Not Really Matter

Unless otherwise stated in your custody order or parenting agreement, how you feel about the other parent’s actions has little bearing on the situation. There are some exceptions, but those will be addressed in a moment. Even if you have been granted sole legal custody, meaning you are fully responsible for important decision-making in regard to your child, as long as the other parent has not been deemed unfit, he or she is permitted to parent as he or she desires. His or her time with the child is not under your control, and you do not have the authority to tell them what to do or how to do it.

Posted on September 14th, 2015 in Child Custody and Support 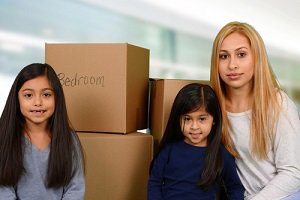 Following a divorce or separation, it is not uncommon for one or both former partners to move to a new city or town. Some may be seeking a fresh start or a change of pace, while others may be moving closer to family members and existing support systems. When the divorce or separation involves children, however, the situation can be much more complex, as any significant move is likely to impact custody and visitation arrangements. As you look toward a possible relocation, it is important to understand the steps you may need to take to remain in compliance with applicable laws.

Existing Provisions in the Law

Currently in Illinois, a custodial parent is statutorily permitted to move with his or her child anywhere within the state. While such a move may have a direct effect on an existing custody or visitation agreement, there is nothing in the law to prevent it. Conversely, moving with child to a new location outside of Illinois requires the consent of the other parent or the overriding approval of the court. In granting approval, the court must determine the move to be in good faith and in the overall best interest of the child.