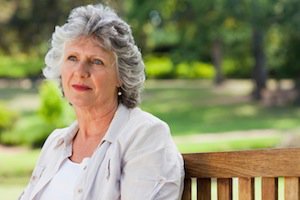 A new study revealed that, in older couples, the divorce rate increases when the wife becomes seriously ill; however, not when the husband becomes ill.

The study was done by Indiana University-Purdue University Indianapolis and the University of Michigan. Researchers pulled 2,717 marriages from the Health and Retirement Study. The data they pulled was from 1992 to 2010. The study examined how illness impacted marriages over the course of time.

In each of the marriages, gender played an extensive role in whether or not the couple was able to maintain the marriage while dealing with the spouse’s health crisis. During the study period, 31 percent of the couples divorced. In 15 percent of those divorcing couples, the wife had become seriously ill. However, more husbands in the study faced serious illness, such as heart problems, cancer, stroke, or lung disease, than wives. And by the end of the survey period, 41 percent of the couples became widowed while 47 percent faced a new serious health issue.