Posted on June 3rd, 2015 in Child Custody and Support 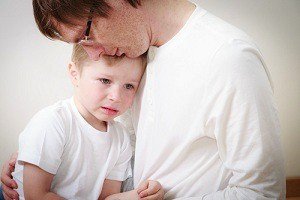 For many parents, determining arrangements for their children in divorce can be very difficult. It can be especially challenging during the actual divorce proceedings as they must continue to provide for their children while negotiation or litigation continues. Some couples are able to parent cooperatively throughout the process, despite the lack of a formal agreement. Others, however, may be best served by a temporary custody order which clearly delineates each parent’s responsibilities until a final order can be determined.

Considerations in a Temporary Order

Any parent involved a custody proceeding, including one related to an order modification, can request that a temporary order be issued. Illinois law provides that the court may enter a temporary award of custody based on the same considerations of permanent custody. These include, among others:

These factors are to be used by the court to determine the child’s best interest. Both permanent and temporary custody orders should be constructed to best meet the needs of the child.

One of the major concerns that many parents have with temporary custody orders is the likelihood that they will not be just temporary. While most parents will recognize that some sort of order is necessary to continue the child’s daily activities, they may not approach temporary proceedings with the same level of seriousness as those for a permanent order.

The reality, however, is that a temporary custody order creates a living situation for the child and parents that quickly becomes “normal” to those involved. While children tend to adapt relatively easily to a new situation, once a standard of living has been established many courts are hesitant to upset the standard with a permanent order. Thus, temporary orders frequently transition into permanent orders with few effective changes.

If you are involved in any sort of child custody matter, including temporary custody proceedings, trying to handle it yourself could be a serious mistake. Contact an experienced Kane County family law attorney today to get the help you need in protecting the best interests of your child. We will review your case and work with you throughout every step of the process.