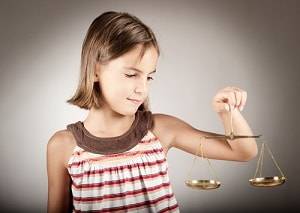 The relationship between a parent and his or her child is one of the most sacred relationships of all. Sometimes, however, complicated situations arise and it is not appropriate for a parent to continue parenting their child. Sometimes a parent loses his or her rights to their child because of abuse or neglect, while other times, a parent may voluntarily give up his or her parental rights. Voluntary abdication of parental rights is not sometime to be taken lightly, and it is certainly not appropriate in all situations, but a recent headline-grabbing case has figuratively turned many heads.

Two women in Hawaii are likely to be the first same-sex couple to argue their custody case before the Hawaii State Supreme Court because one of the women wishes to give up her rights to their child. The two women were married and allegedly discussed having children before one of the women was deployed due to her service in the military. While she was away, her then-wife conceived a child using a sperm donor. The marriage ended in divorce, and the child was born while the divorce was pending.

Now, the non-biological parent wishes to terminate her parental rights and obligations. She claims that because she was not aware of her ex-wife’s plans to conceive and was not present for the birth or early life of the child, that she is not legally responsible for him. The woman’s first petition was denied in family court. The family court ruled that because Hawaii's Uniform Parentage Act and Marriage Equality Act presume that a legal spouse of a woman who gives birth to a baby is the parent of that child, that the woman could not forgo her responsibilities to the child. The Hawaii Supreme Court heard arguments in the case last week, but no decision has been issued.

While this particular case is playing out in Hawaii, a similar situation could easily occur here in Illinois. Under the Illinois Parentage of Act of 2015—just as in Hawaii—the legal spouse of a woman who gives birth to a child is presumed to be that child’s other legal parent, regardless of the spouse’s gender.

Sometimes, a parent can have his or her parental rights revoked involuntarily by the court. A parent may have his or her rights terminated if he or she physically or sexually abuses the child, neglects or abandons the child or another child in the home, has a long-term substance abuse problem, fails to see the child for long periods of time, or fails to provide a safe home. Parents can also lose their parental rights if they are convicted of certain felonies. For example, a parent who commits a crime of violence may have their parent-child relationship and associated rights and responsibilities terminated by the court. Parents who are incarcerated for long periods of time can also lose their parental rights. If the termination of parental rights leaves a child with no viable guardians, the court will typically place the child in foster care.

If you are the subject of a petition to terminate parental rights, or you wish to have your ex’s rights terminated, you need a skilled lawyer. Contact an experienced Kane County family law attorney at The Law Offices of Douglas B. Warlick & Associates for help. Call 630-232-9700 today.