Valuating the Family Business During a Divorce 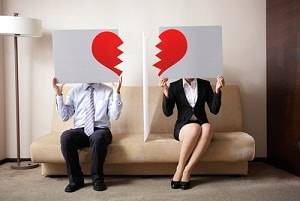 Divorce is complex; however, dividing property is often most complex aspect of a process that can take a long time. Nowhere is this better illustrated than in the procedure for valuing and dividing a family-owned business. Between personal preferences and the market rates, dividing the value of a business will often create the biggest issues during the process.

As one might imagine, Illinois courts only have the ability to divide marital property during divorce proceedings. A family business qualifies as marital property if it is run by both spouses or if one spouse owns a controlling interest. The rationale is that the spouse working there will bring home paychecks earned by improving the business’s value. If the business is deemed marital property, it will be valued so that it and the couple’s other assets can be divided equitably.

Valuations are most often conducted by independent experts so as to avoid any accusations of favoritism or impropriety on the part of one spouse. Such experts will take into account a host of different variables, including:

Generally, a company’s value equals its assets minus the value of its liabilities on the date of its valuation. If one spouse wishes to carry on the business, they may choose to accept fewer additional assets, or in some cases, deferred distribution may be permitted and the business may be sold at a later date.

One thing to be aware of, if you or your spouse own a business individually (as opposed to as a couple), is the concept of “double dipping.” The most common method for valuing a business is referred to as the income approach, and is defined as arriving at a value based on the business’s future earning potential. However, this essentially gives one spouse two valuations for the same asset - which can make a distinct difference when calculating the amount of income available for child support. If the business’s future earning potential is attributed to the spouse’s current income, they may wind up paying more in child support than they might have otherwise.

It is the job of a good attorney to be aware of the possibility of “double dipping’. Sometimes appraisers will adjust for such a possibility themselves, but sometimes, it will fall to the legal system. On some occasions, the possibility can be precluded by spouses addressing the concept of “goodwill”, or expectation of continued public support, and compensating for it.

Business valuation is a difficult task that must be performed by a skilled professional, and the results are often hard for many to interpret. An experienced Kane County divorce attorney can help guide you through the process. Contact The Law Offices of Douglas B. Warlick & Associates to schedule a confidential consultation today.