A new study reports that while both men and women tend to gain a little weight after marriage, “men tend to gain even more after divorce,” according to SeattlePI.com. The study uses data from the National Longitudinal Survey of Youth, which, according to SeattlePI.com, is a biannual survey that considers data from men and women from 1986 to 2008. Researchers obtained data by considering the body mass index of “folks who were never married, were married, or were divorced.” Divorce turned out to be a significant marker of BMI increase, especially in men.

Dr. Zhenchao Qian, an Ohio State University sociology professor and one of the lead authors of the study, told SeattlePI that “after marriage, women will take care of their families and maybe eat the way their husband does or their children do.” This change of routine is what likely causes weight gain at the beginning of marriage. For men, the health benefits of marriage are many—“married men are more likely to go for routine medical checkups and take better care of their health needs than bachelors.” And yet, according to the study, if these men become bachelors again after a divorce, they quickly revert to their less-diligent ways. 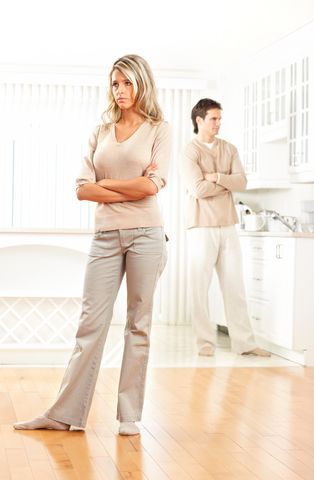 Depression is one major factor as to why many divorcees experience weight gain, according to Susan Heitler, a marriage counselor who writes for poweroftwomarriage.com. Weight gain may be a by-product of divorce, but it can also be a contributing factor. According to a different study, conducted instead at Cornell University and also reported by SeattlePI.com, “researchers found that physical appearance plays an especially significant role at the dating stage but also throughout marriage.” In what may come as a surprise, given societal and media emphasis on female beauty, the study found that while men who gained weight reported more marital problems than men who didn’t, women didn’t seem “as affected by their weight changes.”

One reason psychologists assume that more men report their weight gain as having a negative effect on their marriage is that women tend to personalize their partners’ weight gain, taking it as a sign that their men no longer love them. This, in turn, can lead to a tendency to withhold sex, which, of course, can lead to divorce.

If you or someone you know is considering divorce because of your partner’s weight gain, don’t go through it alone. Contact a dedicated Chicago-area family law attorney today.