What Are the Grounds for Divorce in Illinois? 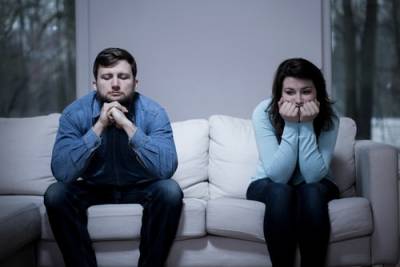 Everyone “knows” that about half of all marriages end in divorce. While this statistic is not strictly true—the real number is estimated to be between 30 and 40 percent—the reality is that thousands of divorces are granted every year in the United States, including many here in Illinois.

In terms of the law, a divorce is a civil legal action between two parties that seeks to dissolve the marital contract between them. When filing any type of legal action, the person who files the action must have a reason or “grounds” for doing so. In Illinois, there used to be many possible grounds on which a divorce could be sought, but there is only one that is still available.

According to the Illinois Marriage and Dissolution of Marriage (IMDMA), a divorce in Illinois will only be granted on the grounds that “irreconcilable differences have caused the irretrievable breakdown of the marriage.” The IMDMA further states that the presiding judge must also determine that “efforts at reconciliation have failed” or that trying to save the marriage would be unreasonable and “not in the best interests of the family.” But, what does this all mean?

In short, an Illinois court can only grant a divorce if the court finds that the marriage is beyond repair. The court’s findings could be based on the testimony of the parties, the court’s own observations, or other available evidence. The law even states that if a couple lives separate and apart for a period of six months or longer, the court will accept the separation as irrefutable proof of irreconcilable differences.”

The Importance of No-Fault Divorce

Prior to 2016, there were about a dozen other grounds for divorce in Illinois, including adultery, bigamy, repeated mental or physical abuse, abandonment, and conviction of a felony or a notorious crime. These other grounds were known as “fault” grounds, which meant that a spouse who was found to have engaged in the particular behavior was also considered “at fault” for the divorce. Proving the behavior, however, was often difficult, not to mention largely unnecessary since the no-fault grounds of irreconcilable differences have been available in Illinois since the late 1980s.

When sweeping reforms were made to the IMDMA in 2016, Illinois lawmakers did away with fault-based divorce. Today, a wife, for example, does not need to prove her husband was cheating in order to obtain a divorce. Instead, she only needs to show that the marriage is beyond repair.

If you believe that your marriage has broken down and you are considering a divorce, an experienced Kane County family law attorney can help you take the next steps. Contact The Law Offices of Douglas B. Warlick & Associates for a confidential consultation today.