What Are the Signs of Parental Alienation in an Illinois Divorce?

Posted on April 23rd, 2020 in Child Custody and Support 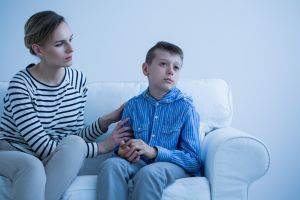 The decision to end a marriage can be difficult for many reasons. In many cases, spouses may be unhappy for a long time but hesitant to end the relationship if they have a family. Studies show that the stress of a divorce can significantly impact a couple’s children. This can manifest itself in various ways, such as manipulative behavior by one or both parents. The concept of parental alienation syndrome (PAS) was first introduced by psychiatrist Richard Gardner in the 1980s. This typically occurs during or after a divorce when one parent psychologically manipulates a child into exhibiting unwarranted fear, disrespect, or hostility toward the other parent. In some cases, the manipulative parent’s ultimate goal is that the child will reject the other parent and want nothing to do with him or her. After your divorce, it is important to recognize signals that indicate PAS might be occurring to protect your child’s well-being as well as your rights to custody and parenting time.

It may be natural for a child to exhibit some hostility or sadness when his or her parents split up, regardless of the child’s age. However, parental alienation is a form of emotional abuse that can have devastating effects on a child as well as the parent who is being alienated. Some of the signs and symptoms that a child may be subjected to this include the following behaviors:

When a parent is actively trying to make his or her child “take sides” in a divorce, he or she may do certain things to accomplish this objective. Below are a few examples of what a parent might do to instill negative thoughts or feelings about his or her ex in a child’s mind:

Divorce can be one of the most challenging periods in someone’s life. When children are involved, that can complicate matters even more. The Law Offices of Douglas B. Warlick & Associates has over 35 years of experience handling many types of divorces, including contentious child custody cases. Our skilled Geneva, IL divorce lawyers know how the courts work and how to protect your rights. To schedule a confidential consultation, call us today at 630-232-9700.