What Does a Guardian ad Litem Do? 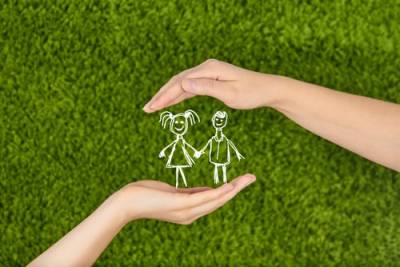 Sometimes, though we hate to admit it, we are not our children’s best advocates. In an environment such as family court, especially, the state tends to be of the opinion that we cannot impartially advocate for our children’s best interests. To protect their interests and their safety, professionals referred to as guardians ad litem are often appointed to act for children in legal proceedings.

Role of a GAL

A guardian ad litem (GAL) is an attorney who may be appointed by a family court judge to ensure that the interests of children are protected. Each county has its own procedure for appointing a GAL and will make such appointments with varying frequency. In Cook County, for example, in Cook County, there is a tendency to use GALs slightly less, as the Office of the Cook County Public Guardian is sometimes used to represent minors in specific cases.

The primary function of a GAL, when appointed to a case, is to determine and present to the court the “best interests of the child.” A child’s best interests are the metric by which many family law questions are decided, including, for example, whether to allow a family relocation. One of the most common instances where GALs are used is when a court is attempting to decide on parental responsibilities, as both parents have a stake in that dispute that may render them unable to be objective.

What a GAL Is Not

It is imperative that if a GAL is appointed in your case, you understand what his or job is and what it is not. Many litigants get the wrong idea about GALs and other similarly situated functionaries, which can wind up harming their case. They are an agent of the court. They are not a therapist or support system for parent litigants.

A guardian ad litem’s sole concern in any case is the child or children he or she has been appointed to protect. A GAL has no duty to either parent, and as such, is concerned only with facts. In Illinois, the GAL’s ultimate duty is to present a report outlining the child’s best interests to the court. He or she can be called as an expert witness by either party to more fully explain their report, but that is the extent of a GAL’s obligation. Some parents fall under the misapprehension that a GAL will somehow help them (or hinder their ex-spouse), and wind up experiencing quite a rude awakening. If you are involved in a juvenile court or family court case and must work with a GAL, understand that they are there to help your children, and no one else.

A protracted battle in family court can be frightening and draining for all involved. If a GAL is called in, it is a signal that a particular set of skills is warranted, but many will be unfamiliar with how a GAL operates. Contact an experienced Kane County family law attorney to get the guidance you need today. Call 630-232-9700 for a confidential consultation at The Law Offices of Douglas B. Warlick & Associates.