What Is a Prohibited Marriage? 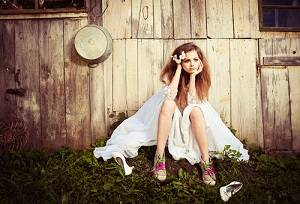 For many years in the United States, there was much talk about the idea of marriage and whether the government had the right to decide the types of couples who should and should not be eligible to get married. The context for that discussion primarily concerned the marital rights of same-sex couples, and a resolution was reached about a year ago when a United States Supreme Court decision recognized same-sex marriage throughout the country. Each state, however, still maintains laws that govern who is and who is not eligible to get married, and, in Illinois, a prohibited marriage is grounds for an annulment.

The Illinois Marriage and Dissolution of Marriage Act (IMDMA) is a collection of statutes that provide marriage and divorce-related guidelines for the state. According to the IMDMA, a marriage is prohibited if:

There are, however, two situations in which a marriage between first cousins would be allowed. First cousins who are both 50 or older are permitted to marry. The marriage is also permitted if one of the parties is certified by a physician to be “permanently and irreversibly sterile.”

The goal of the law is to prevent prohibited marriages from ever taking place. This is normally done by requiring the parties to satisfactorily prove that their situation is not one that is prohibited prior to the issuance of a marriage license. Should such a marriage occur, however—either by deception or by the parties being unaware of their familial relationship—the marriage may later be declared invalid. The declaration of the invalidity of a marriage is more commonly known as an annulment.

Legal Assistance Prior Before Your Marriage

If you are thinking about getting married, the list of necessary considerations is seemingly endless. Fortunately, an experienced Geneva family law attorney can help you with many of them. Our knowledgeable team will work with you throughout the planning process, ensuring that your marriage begins on solid legal footing. Call 630-232-9700 today and schedule a confidential consultation to learn more about the services we offer.