Your Marital Future May Be Defined in One Quick Click 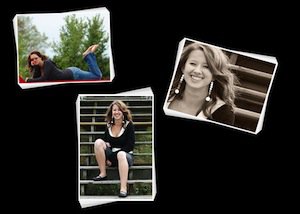 The traditional yearbook, which requires the snapping of photo frozen in time, versus the instant gratification of connecting with a friend online, may actually capture more than originally thought. It may be an indicator of one's personal future, predicting marital happiness or the probability of divorce.

Matthew Hertenstein, professor of psychology at DePauw University, has spent time dusting off hardcopy yearbooks to document a correlation between the art of smiling and the likelihood of hopeful students who may seek the services of a qualified divorce attorney in the future. Hertenstein conveys that those who smiled the least in comparison to those who freely flashed a grin were five times more likely to experience a divorce at some point in their lives. Although the professor’s research may appear a bit “cheesey,” he believed marital status could be defined by the intensity of a smile.

This research was not a groundbreaking concept. As far back as 1860, French scientist, Guillaume Duchenne began studying the mechanics of smiling by using electrical currents to stimulate the facial muscles responsible for evoking a smile. Duchenne’s research exploration gave way to the “Duchenne Smile,” giving rise to FACS (Facial Action Coding System). This coding system now categorizes 3,000 varying facial expressions defined by the exact muscle combination needed to produce them.

Psychologists, LeeAnne Harket and Dacher Keltner, also delved into this area. As published in the Journal of Personality and Social Psychology, Harket and Keltner scoured college yearbook photos of female students and then ranked the smile ratings against 30 years of personal data. By utilizing the FACS system, it was concluded that yearbook photos which radiated true happiness, evident in a smile, experienced healthier marriages rather than those less expressive who experienced higher divorce rates. Keltner believes that a smile, as well as other facial expressions, are reliable signals of what the future may hold.

If you have lost your ability to smile due to irrecoverable marital issues and are seeking the legal services of a qualified Kane County divorce attorney, consider contacting the Law Offices of Douglas B. Warlick & Assoc. For more than 30 years, Attorney Warlick has been welcoming clients from Kane, Kendall, Dekalb, and DuPage counties by offering a personalized approach to each and every client. Combined with compassion and experience, Attorney Warlick will serve as a strong advocate to protect your legal rights and to bring your future back into focus. To schedule your initial consultation, contact Attorney Warlick at 630-232-9700 today.