Facts About Child Custody in Illinois

When determining the custody of a child, divorce courts always put the best interests of the child first. There are additional factors that go into the equation, however, before a decision is made. Other questions are answered here as well, for anyone who may be going through a divorce, and is in fear of losing their child to their former spouse. 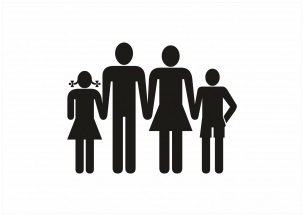 Factors that are considered while child custody is being determined in a divorce range from the simple wishes of the parents as to who will have custody, to details that are as complex as each parents’ military family care plan if they are members of the U.S. Armed Forces who may be deployed. The mental and physical health of both the parents and the children, along with any caretakers that either parent may hire and anyone else who may have significant responsibility with the child is also considered.

The child's well being is affected by the communities in which the child will be living with each parent, should he or she take custody. This includes school, scout troops, sports teams, church, and the neighborhood, and how the child will adjust to each environment.

Additionally, the courts will look at the child’s relationships with both of his or her parents, any violence that may have occurred at the hands of either parent while they were living together, and the willingness of the parents to put forth an effort to maintain a relationship with the child after the potential separation.

During a divorce, these, along with other factors, can contribute to the court’s decision on child custody in Illinois. If you want the best assistance possible to gain custody of your child in your divorce, contact a family law attorney in Geneva, Ill. Douglas B Warlick and Associates will do everything they can to get a fair custody arrangement for you.