Posted on November 11th, 2013 in Child Custody and Support 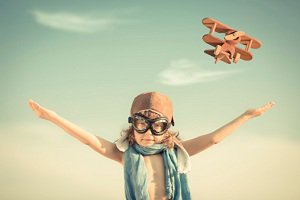 A 9-year-old boy who managed to sneak by airport security and stow away on a plane flying from Minnesota to Las Vegas has been declared a “child in need of protection or services” by a juvenile court judge in Hennepin County, Minnesota.

According to an article in the Huffington Post, the child had been demonstrating an escalation of misbehaving that culminated in the stowaway the stowaway event. Somehow, the young child, whose mother works at the Minneapolis-St. Paul International Airport, managed to get through TSA and Delta Airline officials and board the plane without a boarding pass.

The boy rode the light rail system that runs from downtown to the airport and then took a bag from a luggage carousel. He ate an airport restaurant, but left the suitcase as well as an unpaid check, and boarded a plane. It was not until the flight was already in the air that the flight crew became suspicious that the boy was traveling alone.

The juvenile court judge, in granting the county’s petition, deemed that the child be placed somewhere outside of the home. He also ruled that the child and the family receive therapy and other services needed. With a proper family law lawyer, the situation may have been different.

Lawyers for the boy’s parents say they have been trying to get help for their son, but have been told that his behavior was not bad enough to warrant assistance from county or state agencies. The child had come to the attention of child protection services because he had been taking the light rail to a Bloomington water park, where he would try blending in with a family and sneak in.

However, over the past several weeks, the boy was acting out more and more. He had run away and stayed away all night, acting out very aggressively in school which resulted in being suspended and sneaking into the YMCA to use the facility pool.

Two days before sneaking onto the place, the child had stolen a refrigerated delivery truck and drove the truck around town, being pursued by police, until he finally hit a police cruiser, causing almost $6000 in damages. Despite the long list of laws broken – stealing a motor vehicle, not possessing a valid driver’s license, reckless and dangerous driving, damage of other people’s property – the boy was not charged and just brought home to his parents.

Two days later, he was on a plane to Las Vegas.

We all want the best for our children – but sometimes there are situations beyond our control as parents and we need help from an expert. If you are having custody issues, and need help, contact an experienced Kane County family law attorney today.