Study Reveals the Number of Siblings May Reduce Divorce Rate 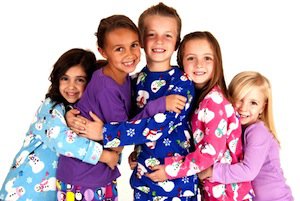 A nationwide study, reported by The Huffington Post and conducted by Ohio State University, may encourage you to take a moment and thank your siblings for the success of your marriage. In fact, the study’s co-authors, Doug Downey, Donna Bobbitt-Zeher, and Joseph Merry, concluded that having multiple siblings can greatly reduce your risk of divorce.

The research trio, who analyzed compiled data of the General Social Survey, documented  57,000 personal participant interviews spanning the United States from 1972 through 2012. The data provided an informed consensus that for each sibling up to seven, the risk of divorce among siblings decreased by at least 2 percent per sibling.

For additional siblings over the cut-off point of seven, the concluding data did not provide any concrete evidence that the risk further declined—although the additional sibling count did not alter the data either.

Bobbitt-Zeher believes that the importance of siblings as a deterrent against increased divorce rates remains as evident today as it was 50 years ago. The reason: larger families tend to function as a well-oiled machine, with all siblings learning the importance of establishing and maintaining personal relations—often key elements of a successful marriage.

Downey further concluded that the study placed further emphasis on the divorce percentages when it came to smaller family models. These families, often headed by a single parent, may warrant issues that could alter a child’s perception of marital consistencies and often include divorce as a viable option.

To test the validity of this hypothesis, the research trio further explored the option of adding additional variables as a measure of parent and family function. They explored education, socioeconomic status, family dynamic, race, marital age, gender attitudes, religious affiliation, and whether the respondents had children.

Even as these variables were tested against the original concluding theory, the data did not sway the original conclusion that siblings play a pivotal role in the formation of a strong set of interpersonal and coping mechanism skills often laying the groundwork for a happy and healthy marriage.

If you are experiencing marital difficulties and are currently seeking the services of a qualified Geneva divorce attorney, consider contacting the Law Offices of Douglas B. Warlick & Assoc. to schedule a personal and confidential consultation today.